Comments: Some sketches for a pitch for the Atlanta Coca-Cola interactive museum. 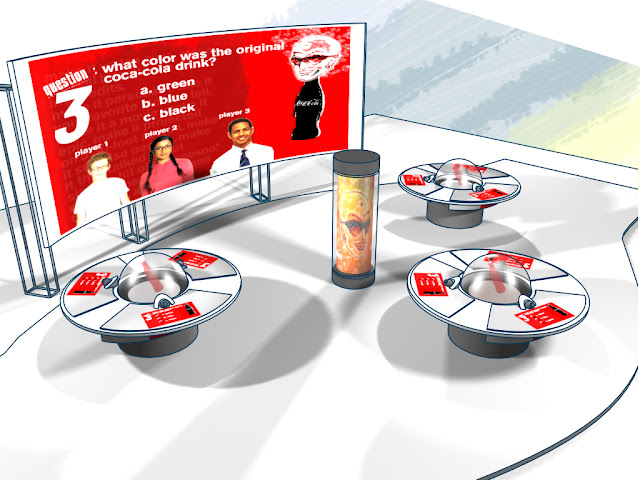 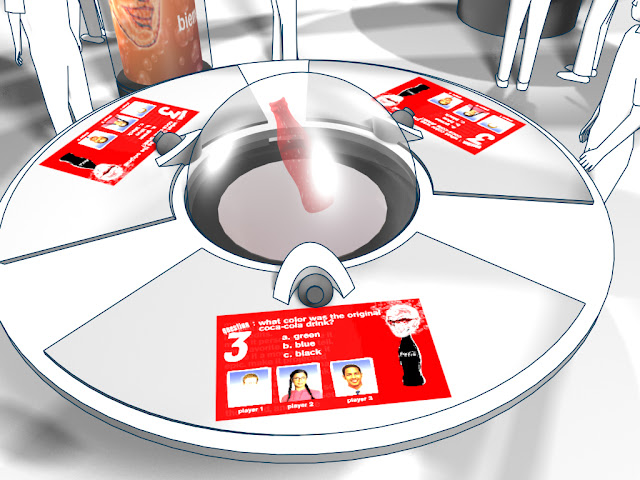 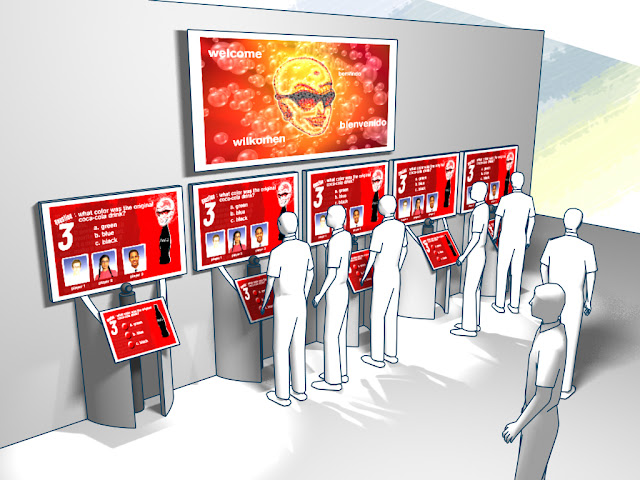 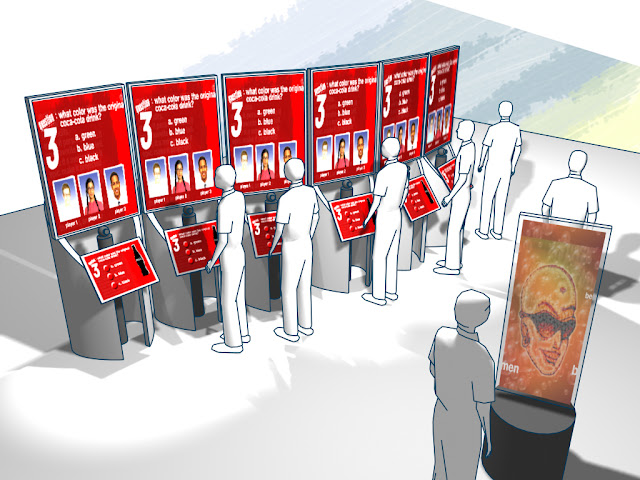 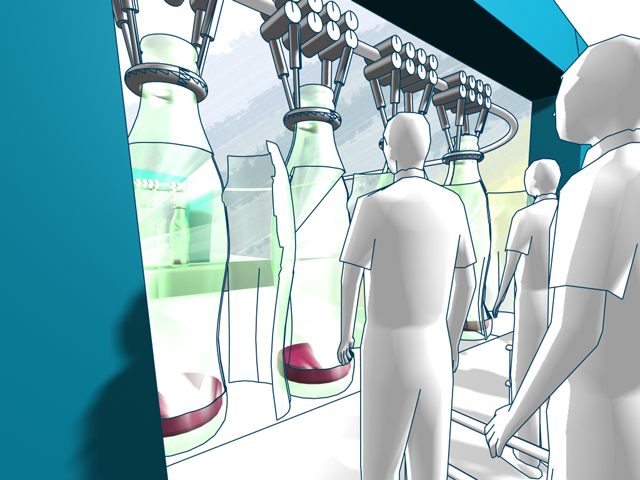 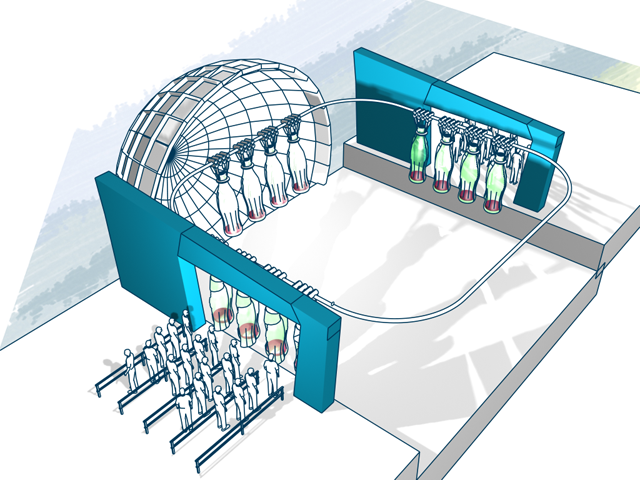 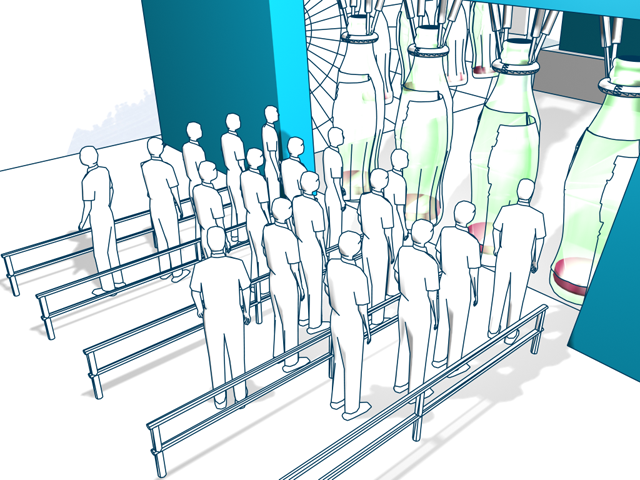 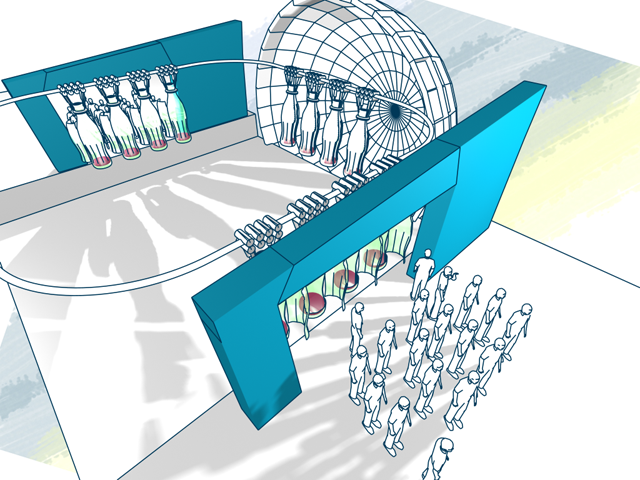 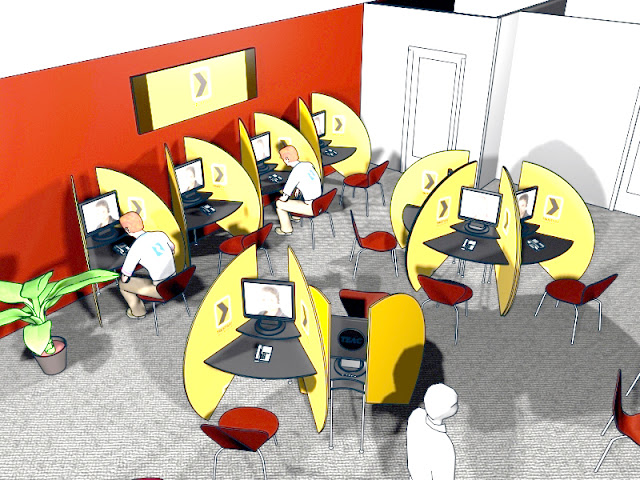 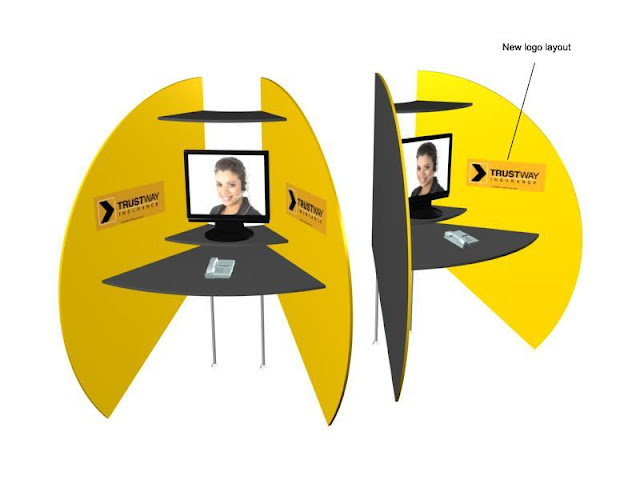 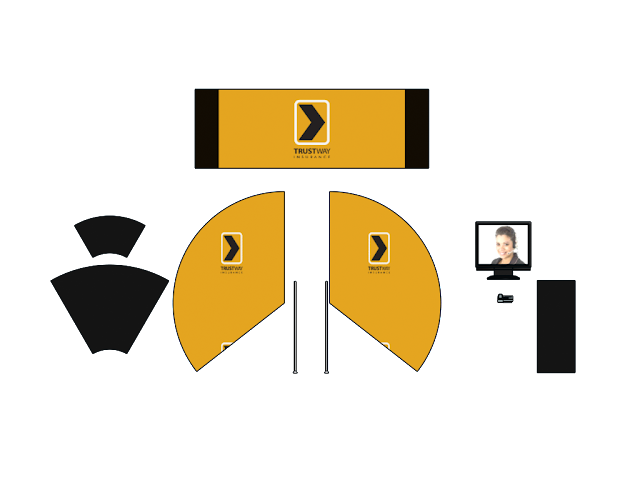 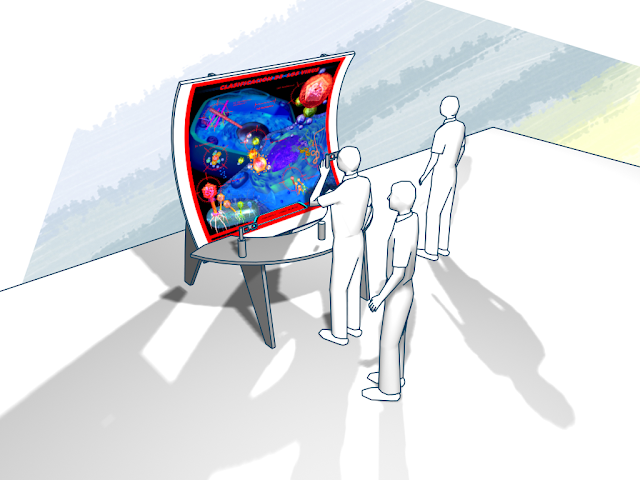 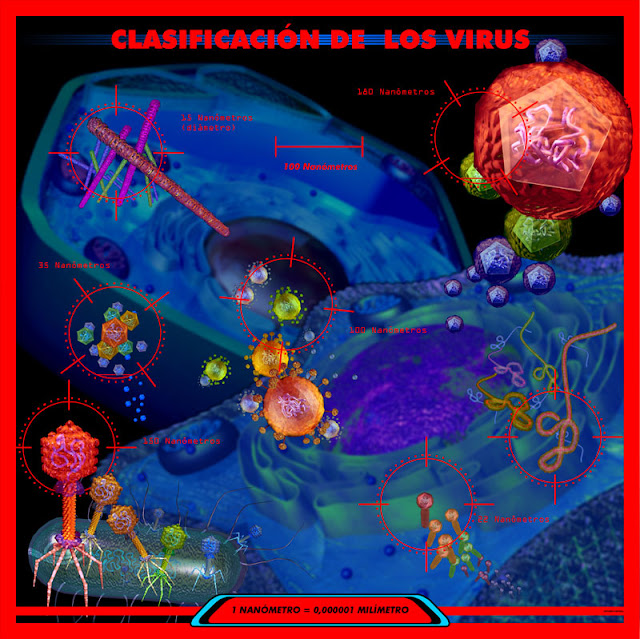 Product: PC game arcade - interactive exhibition for "Eletriptan the drug of the future"

Comments: Pfizer used an interactive promotion for the launch of a brand new product in the medical market.

The game was designed for adults between 25 - 44 years. Mixed technique with video footage and 3D animation.


Comments: The sequel of the Brand Nesquik positioning in national level. It´s a thematic event with interactive characteristics that involves the user in a character brand history: Quicky. The complexity of the project resides on the combination of video game, exhibit, transportation, direct sell, visual impact, consumer impact and finally, consumer satisfaction guarantee.

The physical parts are two: pod and product exhibition tower. Also it has an interactive kiosk system (PC) that was optimized to support the possible adversity conditions in a mall or any local market. The materials are strong enough to support hard treat during long work journeys.

The packaging had to be designed to avoid any transportation problems with the pieces.

The game of "RETO NESQUIK 2: VIAJE VIRTUAL" was demanding in multimedia resources. The interactive system was designed as an arcade game with 3D glasses and stereophonic sound, all inside a helmet. The game uses an interactive video navigation and the user hits some points from the video to win. At the end, Nesquik good guys always win.

The characters also was modeled 3D, under the license of Nestlé and Mc Cann Ericksson advertising company. The objective was to achieve a modern effect in the characters.

At the time to produce the TV story to reinforce the multimedia game, it was used a mixed technique to work faster. 2D and 3D video post-production effects.

Comments: The event begins when a child get inside the immerse chamber pod with a 3D chroma glasses. Then the child look at the different characters (Quicky) activities on the 3D print panels . Finally, the child get out of the chamber an a promoter ask him if he/she found the character.